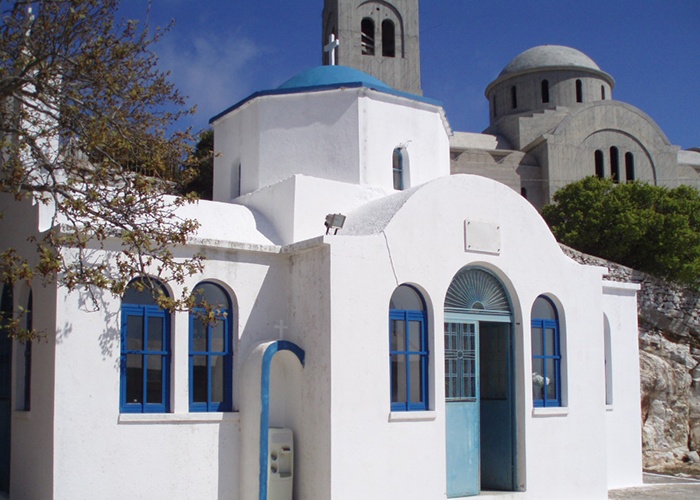 Naxos Travel Guide gives you handy information on the city and the interesting things you can do in and around, like organised tours and cruises, vacation packages and short walks.

Naxos is the largest and was the most important of the Cyclades, a rich island with a natural environment suitable for the development of farming and stock raising. It is also an island with good natural harbours that helped much to its strong continuous cultural presence in Greece from the end of the 4th millennium BC to the present day. Naxos Island is the most fertile island in the Cyclades and is probably one of the most attractive and beautiful of the Greek Islands. Combines and offers impressive mountainous beauty, golden sands with crystal blue waters, a capital that comes out of the Venetian 15th-century rule with a magnificent castle. Traditional white houses, a series of calm fishing harbours, Byzantine churches and several sites of extreme archaeological interest are some of Naxos beauties. The temples of Apollo and Dimitra and Iria are among the sites. Large enough to be explored, Naxos promises you unforgettable holidays. Lately, Naxos becomes famous worldwide from the surfers that gather here to enjoy the summer wind. The location of the island in the Cyclades makes it ideal for windsurfing (the Meltemia are the summer winds that blow in the Cyclades during the day from June to August). Next, to windsurfing, a series of other activities started to attract more visitors to the island, at mountain Za that has water, something rare in the Cyclades. In Naxos, you can find some fine hotels and restaurants and nice small tavernas all serving good fish and local specialities.

Naxos has many beaches where you can find lots of organised sea sports including sea diving. Also in many hotels, you will find sports campus and in those on the beach sea sports.
According to Greek mythology, the young Zeus was raised in a cave on Mt. Zas ("Zas" meaning "Zeus"). Homer mentions "Dia"; literally the sacred island "of the Goddess". One legend has it that in the Heroic Age before the Trojan War, Theseus abandoned princess Ariadne of Crete on this island after she helped him kill the Minotaur and escape from the Labyrinth. Dionysus (god of wine, festivities, and the primal energy of life) who was the protector of the island, met Ariadne and fell in love with her. But eventually, Ariadne, unable to bear her separation from Theseus, either killed herself (according to the Athenians) or ascended to heaven (as the older versions had it). The Naxos portion of the Ariadne myth is also told in the Richard Strauss opera Ariadne auf Naxos. Zas Cave, inhabited during the Neolithic era, contained objects of stone from Melos and copper objects including a dagger and gold sheet. The presence of gold and other objects within the cave indicated to researchers the status of the inhabitants. Emery was sourced during the time to other islands.
Lots of bars and nightclubs all over the island, in and out of the hotels, give you the opportunity to enjoy this famous island. Naxos city or Chora is the capital of the island and here you will find more fine restaurants and bars and open-air cafes.