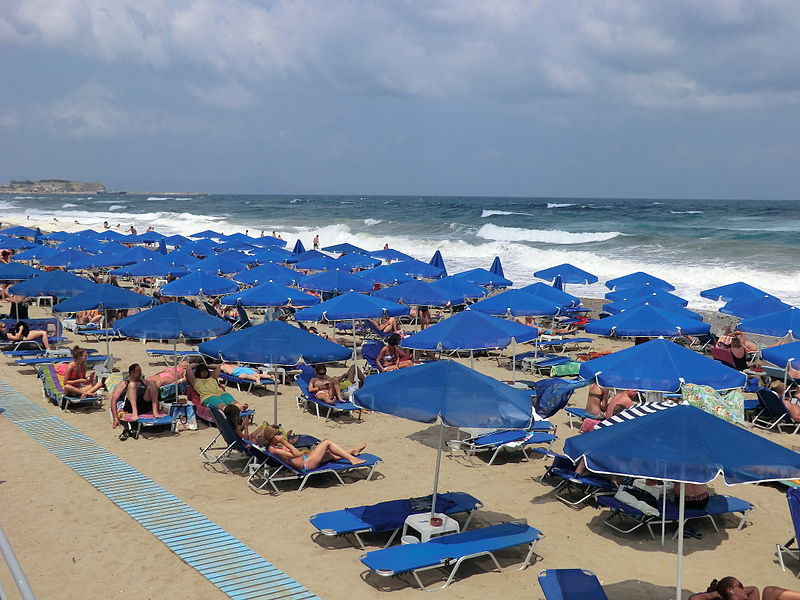 Rethymno Crete Island Travel Guide gives you handy information on the city and the interesting things you can do in and around, like organised tours and cruises, vacation packages and short walks.

Rethymno lies between the White Mountains and Mt Psiloritis and borders to the prefectures of Hania and Iraklion. The prefecture has excellent beaches, picturesque mountain and seashore villages and famous resort centres. Rethymno town, the capital of the prefecture is divided into the old and the new town. While the new town is a typical modern city, the old town has retained much of its medieval and ottoman character and influence. Some places of interest to visit include the Archaeological museum the Fortezza and the Venetian harbour. The old city was built over the ruins of ancient Rithymna. A small charming town where combine the Venetian and Ottoman architecture. The imposing fortress, also known as Fortezza was built in 1573 to protect the city's population. The Venetians build it with four bastions and three entrances so as to be protected from attack by sea. In our days during summer various events are held in the small open-air theatre located inside the walls. The old Venetian harbour, from 1300 retains its picturesque character. There are numerous coffee shops and taverns on the seashore where you can relax and enjoy the view. The archaeological museum is housed in the Fortezza and contains exhibits from the Neolithic era until the Turkish domination. The exhibits contain ceramic and stone figurines, stone jewellery founded in the Gerani cave, a collection of Roman statues and collections of Roman, Greek and Byzantine coins as well as sarcophagi and inscriptions from Axos and Eleutherna. Very near Rethymno, there are beautiful beaches and fine hotels of all categories.
Rethymnon area has many beaches where you can find lots of organised sea sports including sea diving. Also in many hotels, you will find sports campus and in those on the beach sea sports.
This region as a whole is rich with ancient history, most notably through the Minoan civilisation centred at Kydonia east of Rethymno.[2] Rethymno itself began a period of growth when the Venetian conquerors of the island decided to put an intermediate commercial station between Heraklion and Chania, acquiring its own bishop and nobility in the process. Today's old town (palia poli) is almost entirely built by the Republic of Venice. It is one of the best-preserved old towns in Crete. The town still maintains its old aristocratic appearance, with its buildings dating from the 16th century, arched doorways, stone staircases, Byzantine and Hellenic-Roman remains the small Venetian harbour and narrow streets. The Venetian Loggia houses the information office of the Ministry of Culture and Sports. A Wine Festival is held there annually at the beginning of July. Another festival, in memory of the destruction of the Arkadi Monastery, is held on 7–8 November. The city's Venetian-era citadel, the Fortezza of Rethymno, is one of the best-preserved castles in Crete. Other monuments include the Neratze mosque (the Municipal Odeon arts centre), the Great Gate (Μεγάλη Πόρτα or "Porta Guora"), the Piazza Rimondi and the Loggia. The town was captured by the Ottoman Empire in 1646 during the Cretan War (1645–69) and they ruled it for almost three centuries. The town, called Resmo in Turkish, was the centre of a sanjak during Ottoman rule. During the Battle of Crete (20–30 May 1941), the Battle of Rethymno was fought between German paratroopers and the Second Australian Imperial Force and Hellenic Army. Although initially unsuccessful, the Germans won the battle after receiving reinforcements from Maleme in the Northwestern part of the island. Today the city's main income is from tourism, many new facilities having been built in the past 20 years. Agriculture is also notable, especially for olive oil and other Mediterranean products.