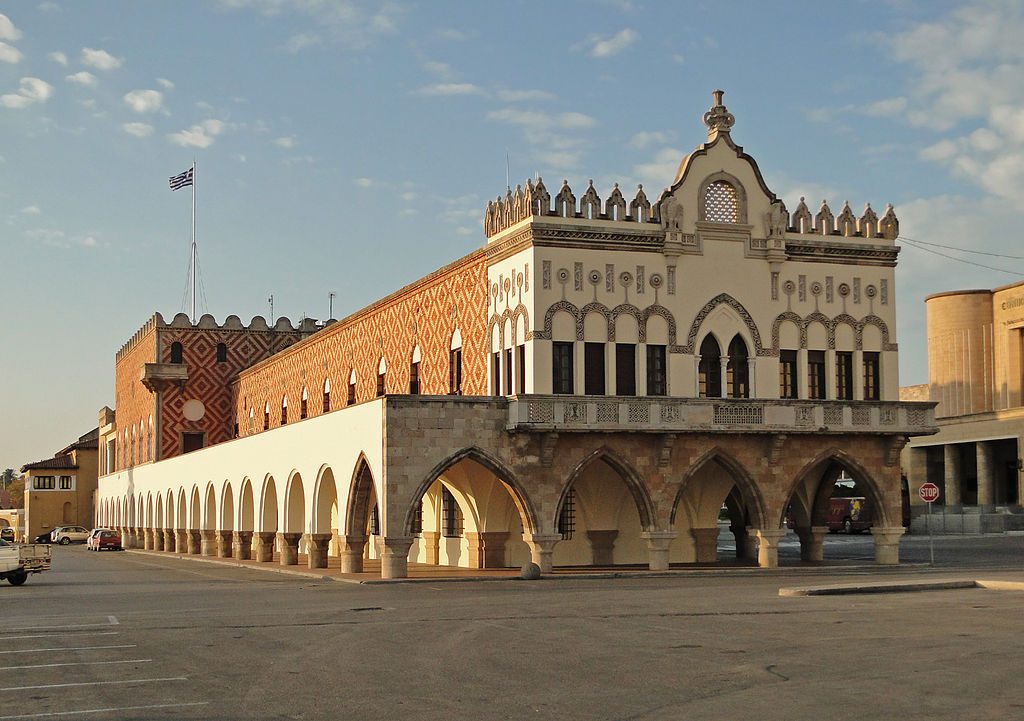 Rhodes Rodos Travel Guide gives you handy information on the city and the interesting things you can do in and around, like organised tours and cruises, vacation packages and short walks.

There are many reasons why Rhodes is one of the most popular resorts in the Mediterranean: the natural surroundings (crystal clear seas, many parks and recreational facilities), the bright sun and the warm hospitality of the islanders themselves. The city has an excellent tourist infrastructure and offers a wide variety of entertainment (night-life, sports, cultural events, and day trips to wonderful Lindos and the neighbouring islands like Kos, Patmos, Karpathos, Kalymnos and Leros). Rhodes is the furthest southeastern island of Greece and the largest island of the Dodecanes, a complex of islands in the south of the Aegean Sea. Rhodes is a very popular, cosmopolitan island, where both Venetian and Turkish influences are apparent, giving it a special charm. The continual sunshine - an average 300 days of sunshine a year, the mild climate and the geographical position are the main factors that Rhodes has inhabited already in prehistoric times. The city is divided in two. The new city with its modern buildings, hotels, fashionable and traditional shops and numerous restaurants and the medieval walled city, full of impressive 15th-century buildings. Rhodes is a big island with a lot to see. We suggest a visit to the town of Lindos located south-east of Rhodes, where the Acropolis of Lindos, is situated. The Valley of the butterflies is also worth a visit and the aquarium. For swimming, there are many beautiful beaches. Many hotels from luxury to lower categories are in all the island and many high standard restaurants and taverns.

Rhodes has many beaches where you can find lots of organised sea sports including sea diving. Also in many hotels, you will find sports campus and in those on the beach sea sports.
The island was inhabited in the Neolithic period, although little remains of this culture. In the 16th century BC, the Minoans came to Rhodes. Later Greek mythology recalled a Rhodian race called the Telchines and associated the island of Rhodes with Danaus; it was sometimes nicknamed Telchinis. In the 15th century BC, Mycenaean Greeks invaded. After the Bronze Age collapse, the first renewed outside contacts were with Cyprus. In the 8th century BC, the island's settlements started to form, with the coming of the Dorians, who built the three important cities of Lindos, Ialyssos and Kameiros, which together with Kos, Cnidus and Halicarnassus (on the mainland) made up the so-called Dorian Hexapolis (Greek for six cities). Rhodes then became a part of the growing empire of Alexander the Great in 332 BC, after he defeated the Persians. Following the death of Alexander, his generals vied for control of the kingdom. Three—Ptolemy, Seleucus, and Antigonus—succeeded in dividing the kingdom among themselves. Rhodes formed strong commercial and cultural ties with the Ptolemies in Alexandria, and together formed the Rhode-Egyptian alliance that controlled trade throughout the Aegean in the 3rd century BC. In 1309, the Byzantine era of the island's history came to an end when the island was occupied by forces of the Knights Hospitaller. Under the rule of the newly named "Knights of Rhodes", the city was rebuilt into a model of the European medieval ideal. Many of the city's famous monuments, including the Palace of the Grand Master, were built during this period.